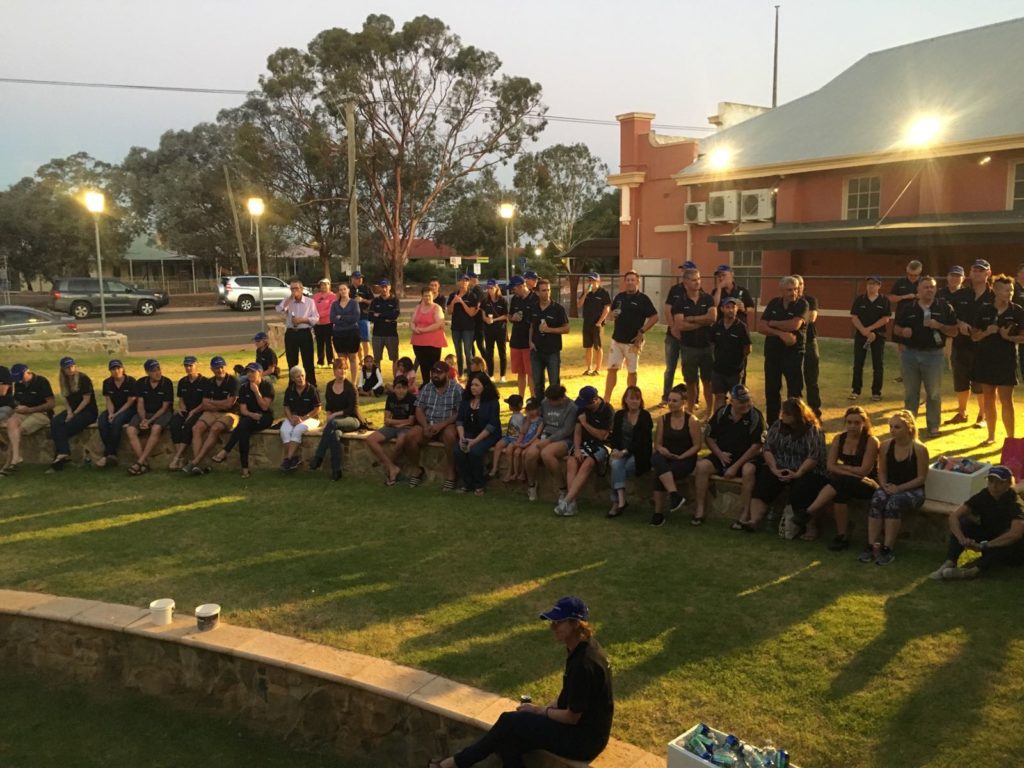 Dalwallinu is a sheep and wheat farming region in Western Australia, located 263 kilometres north of Perth, along the Great Northern Highway. The Shire of Dalwallinu has a population of 1,429, with Dalwallinu being the administrative centre. Other towns in the Shire are Pithara, Kalannie, Wubin and Buntine – all of which are located less than 60 kilometres away from Dalwallinu.
In addition to being one of the largest Wheat producing Shires in the State, a thriving business community, from strong retail and tourism sectors to mining and agricultural support industries, contribute significantly to local economic and population growth.

Dalwallinu attracts local and international visitors, particularly during the wildflower season as they are the first town along Wildflower Way.

The Dalwallinu Council’s support of the Regional Repopulation Pilot Project has put Dalwallinu on the map as a town that successfully combated the decline in population in Regional Western Australia.

A primary producer with more than 37 years of experience managing a farming enterprise near Buntine, Stuart McAlpine could see that Dalwallinu Shire had a problem. The Shire, like many regional areas, was suffering from a decline in population and the under-utilisation of both state and local government infrastructure, such as schools and recreational facilities and loss of community supporting sports clubs and volunteering groups.

In 2010, Stuart seeded the concept of the Regional Repopulation Project (RRP) the goal of which was to attract and retain new residents to the Dalwallinu district. After presenting his plan to the Dalwallinu Council, the Regional Repopulation Advisory Committee was formed. The RRP was subsequently launched by the then Minister for Local Government, Heritage, Citizenship and Multicultural Interests, Minister John Castrilli.

Connections were made with the Perth-based Burmese Karen community with a view to facilitating their secondary settlement to the Shire, particularly to Buntine, to combat local unskilled labour shortages. Disappointingly, this bid for secondary settlement initially proved unsuccessful as the employees approached had already set down roots in Perth, enrolling their children in school and entering into rental agreements.

From this engagement process, Dalwallinu learned that a ‘liaison’ person is necessary to ensure the success of a secondary settlement. Undeterred, focus was placed on addressing the skilled labour shortages of the local businesses, which resulted in the recruitment of overseas workers.

Tess Slot joined in 2012 and worked tirelessly developing a suite of programs and initiatives to support new residents and their employers to encourage them to bring their families to resettle and to ensure the successful integration of the new residents into the community.

For almost a decade now, new residents have been welcomed from a variety of backgrounds. Most were born in the Philippines, with others born in India, Burma, Thailand, China, Finland, Britain, Korea, Singapore, Sri Lanka, Vietnam, England, Ireland, Africa and New Zealand.

Through the RRP, new residents have been welcomed and supported to start their Australian life in the Shire of Dalwallinu, leading to substantial local population growth and over 90 new citizenships since 2011.

Locals say the Shire of Dalwallinu has become an increasingly attractive place to live, with more teachers for the school and sporting teams rejuvenated.

Those involved with the program in Dalwallinu recognise that guidelines are very important to progress government policy and accountability. But they also say more needs to be done to help progress visionary projects with access to funding. There is an abundance of people who want to move from big cities to rural communities.

As Tess says “there are several key ingredients needed to ensure positive and successful integration of new residents: employment, schools and housing. In the long term, to retain new residents, it is essential that there is a friendly and welcoming community, and a local lens on specific needs.”

In 2017, Stuart and Tess developed the concept of the Regional Regeneration Alliance as Phase 2 of the RRP and launched and established it in early 2019. The Alliance is now working on further promoting land, economic and community regeneration across regional WA by leveraging social, economic and human capital as a solution for population attraction and retention, employment generation and agricultural diversification.